After being attacked by a snake, Tamino is rescued by the three ladies-in-waiting of the Queen of Night, who promises he will marry her daughter Pamina if he can save her from the wicked Sarastro. Tamino sets off with the bird-catcher Papageno, a magic ute, and a set of magic chimes. They nd Pamina but discover that Sarastro is in fact protecting her from her mother. Tamino successfully overcomes three trials to win Pamina's hand. The furious Queen pursues them but is ultimately vanquished.

This opera, rife with symbolism and allusions to Free Masonry, was the last Mozart wrote. He conducted it on the rst night, shortly before he died.

This production, which blends the singers with colourful animations reminiscent of the silent lms of the 1920s, arouses enthusiasm everywhere it goes. 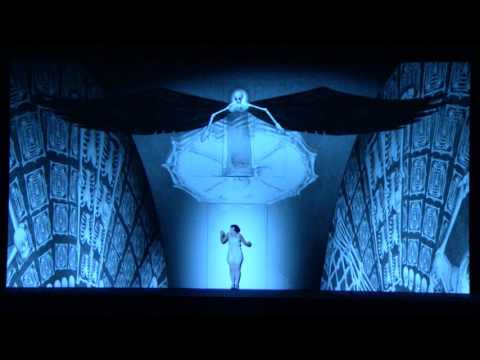 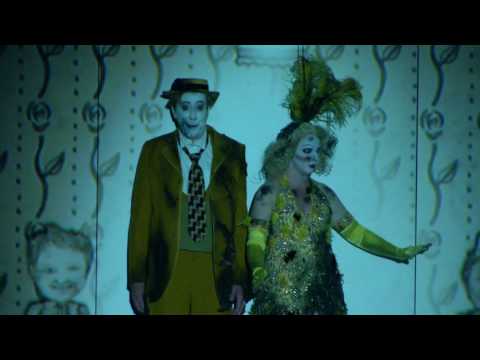