Mycenae, Greece. Elektra and Chrysothemis are the daughters of Queen Klytämnestra, who murdered her husband with the complicity of her lover Aegisth. Her daughters plan their revenge but before they can act, their brother Orest, whom everyone thought dead, returns. When he finds out what has occurred, he kills both his mother and her lover. Elektra performs a wild triumphal dance and then falls dead.

This is a work of musical contrasts, in which Strauss reflects the full horror of Sophocles' tragedy.

This famous production was the last by the versatile film and play director Patrice Chéreau. The action takes place at an unspecified period. Both the characters and the human dimension of the tragedy of Elektra, are portrayed with superb skill. 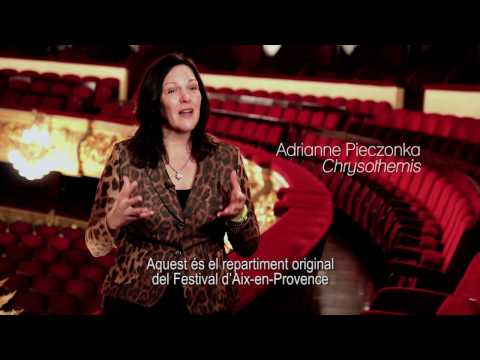